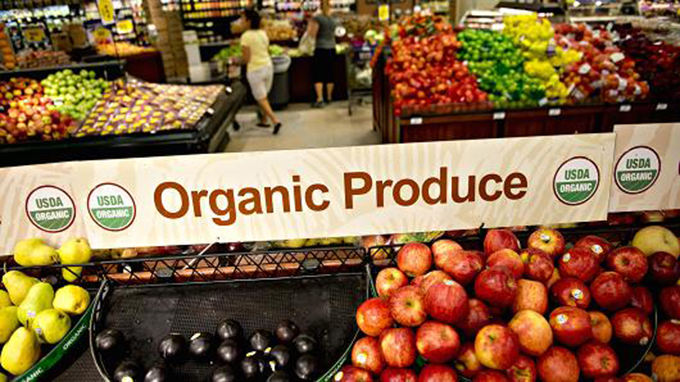 Folks from my generation (born before the 60s) have had the privilege of consuming the food, the way nature intended it to be. 1965 witnessed the green revolution in India, as we really needed to have higher agri production and that led to increased use of fertilizers and other agri techniques including the use of high yielding modified seeds etc. This was of course the need of the hour and the regular famines which were consistent in our country were almost eliminated.

Over the years, farm lands kept becoming weaker due to excessive use of these fertilizers and to maintain the yield, more fertilizers were used, thus making the produce unhealthy. Most farmers strayed away from the GAP (Good Agricultural Practices) and used the chemicals which exceeded the prescribed limits.

Thus we were introduced to the food which constantly became more and more dangerous and lesser and lesser nutritious as the inputs were increased to achieve desired yield output.

We also witnessed increased number of diseases like cancer, diabetes, blood pressure etc., and now the studies are suggesting that intake of chemical laden food is probably one of the major causes of these medical problems. The immunity levels were compromised and we became more prone to catching common viruses and bacterial infections too. Our body immunity gave up the fight much earlier than it was supposed to.

In the early 2000’s, people started to realise the benefits of naturally grown food, with no use of chemicals and the way nature wanted us to grow them. This food was called Organic Food. The food that was grown without any chemicals and the food that was grown the way our grandparents and their parents had grown. The irony is that we started using the adjective with the food that was as natural as our breath. To me it should be called food. Just Food. Should we use an adjective, we should use it as chemically grown food. The differentiator should be between Food and Chemically laden food. The pesticides that we use in the farms today comes with a warning skull and written on it is “Poison”, so how can that be just food and not termed as chemically grown food. To me food is what we today call “Organic” food. We should bring in this change so that we understand that Organic is normal and chemical laden food is not normal.

With more and more people becoming aware of good eating habits, Organic food is resurfacing in the markets and in our kitchens. As the demand for such food grows, the supply will tend to increase, thus rationalising the prices. The organic food which used to be prohibitively expensive 10 years ago is now much cheaper, though still expensive than the chemically grown food. As more and more people join this old ways of consuming food, more and more farmers will eventually get back to the way food was grown, naturally. And this will bring more joy to them, as they get back to farming the way their fathers and forefathers did.

The new generation is realising that, if I sweat it out in the gym and then eat a banana which is sprayed with chemicals to ripen it, I’m doing more harm to my body than doing any good. The realisation has dawned upon us that that we are what we eat. Eating unhealthy food will only increase our medical bills as we grow old and vice versa. Like I say, paying farmer is much more economical that paying the Pharma later. And good that, youngsters are realising this for themselves and for their children.

One thing positive that turned out from this whole Covid19 is that people at large have realised that the only way to live healthy and live longer is to have strong immunity which will be able to ward off any infections and if caught, will be able to fight it out. And this brought them closer to the healthier lifestyles, which also included consuming fresh and pure food which is grown without the aid of any chemicals, currently known as Organic Food. I wish and hope that we start calling this as vegetables, fruits, pulses, oils rather than organic vegetables, organic fruits, organic pulses, organic oils and so on.

Focus: Food choices to deal with stress of COVID-19

3 weeks ago
Registration is disabled.